The Muny has released it’s 2017 Schedule and tickets are now available!

PLUS each year they offer a select amount of free seats for it’s productions. The gates to the free seats open at 7:00pm each evening. Lines for the free seats begin forming as early as 4:00 pm.

Jesus Christ Superstar
June 12 – 18
A HEAVENLY MASTERPIECE!
The Tim Rice and Andrew Lloyd Webber phenomenon returns. Jesus Christ Superstar was an album that became a cultural phenomenon, then Broadway’s first rock opera and remains a world-wide favorite. With classic songs like “I Don’t Know How to Love Him,” “Heaven on Their Minds” and the title song, this bold and rocking retelling of the gospels will leave you singing nothing but heavenly praises.

Disney’s The Little Mermaid
June 20 – 29
PART OF YOUR WORLD
Go “under the sea” in Disney’s classic musical fantasy The Little Mermaid. One of the most popular animated films in history is now a splendid and magical Broadway musical. Headstrong Princess Ariel dreams of a life on land far from her ocean home, and she’s willing to risk her Father’s love and wrath to find it. Featuring Academy-Award winning hits like “Part of Your World,” “Under the Sea” and “Kiss the Girl,” this spectacular Muny production will leave your entire family happy as a clam.

A Funny Thing Happened on the Way to the Forum
July 5 – 11
COMEDY TONIGHT!
Load up the chariots, we are off to The Muny for big, big laughs! Considered one of Broadway’s greatest farces, this musical romp through Rome includes desperate lovers, mistaken identities, scheming neighbors and secrets behind every toga. With delicious music and lyrics by Stephen Sondheim, this is one hair-brained Roman forum you won’t want to miss!

All Shook Up
July 13 – 19
FOOLS FALL IN LOVE
Set to the hits of the King of Rock and Roll himself, Elvis Presley, this musical will have you dancing in your “Blue Suede Shoes” all night long. Inspired by Shakespeare’s Twelfth Night, the music is all Elvis, and the result is a night of hilarious and enchanting 1950s fun. When Chad, the mysterious hip-swiveling roustabout arrives in town, suddenly everyone’s lip-curling and all shook up with secrets, music and love.

The Unsinkable Molly Brown
July 21 – 27
I AIN’T DOWN YET!
Hannibal Missouri’s own brash and beguiling Molly Brown shines in this exhilarating adaptation of Meredith Willson’s 1960 musical. Her rags-to-riches story sparkles with a new book by Dick Scanlan (Thoroughly Modern Millie), and new songs from the Meredith Willson songbook. The tempestuous can’t-live-with-him/can’t-live-without-him love story that survived the Silver Boom, Gold Rush and sinking of the Titanic returns to the stage with more fun and flair than ever. This is one of those classic musicals that will have your heart soaring!

A Chorus Line
July 29 – August 4
ONE SINGULAR SENSATION
This singular sensation of a musical tells the story of 19 dancers at a final audition, vying for a spot in a Broadway show. A landmark American musical, A Chorus Line has been called “the greatest musical – ever.” With music by Oscar and Tony winning Marvin Hamlisch, A Chorus Line celebrates the dreams, guts and sweat that we all need to take our place “on the line.”

Newsies
August 7 – 13
SEIZE THE DAY!
The cult 1992 film became a smash 2012 Broadway musical, and Newsies now makes its long-awaited Muny premiere. With incredible music by Alan Menken, Newsies reveals the thrilling story of the Newsboy Strike of 1899 – how a bunch of rag tag orphans took on the mighty Joe Pulitzer and nearly brought down the city of New York. Newsies at The Muny is guaranteed to make headlines.

May 6th, participating comic book shops across North America and around the world are once again celebrating Free Comic Book Day and will be giving away completely FREE comic books to anyone who comes into their stores. They’ll also be having giveaways, costume contests, writer and artist appearances and more!

Click here to find a participating Comic Book store near you.  There are several in our area.

Register now for the Mother’s Day FREE Home Depot Kids Workshop that will be hosted on Saturday, May 6th from 9:00 AM – 12:00 PM, where kids can build a FREE Flower Pot

These workshops are designed for ages 5-12 and are offered at all Home Depot stores between 9AM-12PM.

View all of the 2017 Scheduled Workshops HERE.

Learn the real science behind science fiction at the Science Center’s First Fridays events! Each month has a different theme, features free hands-on activities and culminates with a free 10pm screening of a classic science fiction move in the OMNIMAX® Theater. First Friday favorites like public telescope viewings, scifi trivia and special prices for OMNIMAX® films are a staple at every event.

Tickets for the free 10pm show are available starting at 6pm on the evening of the First Friday event and are distributed on a first come, first served basis. First Friday activities such as our presentations, sci-fi trivia, 10pm sci-fi film, etc. are primarily designed for adults and recommended for audiences 16 years and older. Our public telescope viewings and free 7pm Planetarium show are recommended for all ages.

Plus parking is FREE!

This Saturday, May 6th from 12PM-2PM, head to your local ToysRUs store for a FREE LEGO Star Wars Building Event where kids ages 6 and up will be able to build and take home a LEGO Princess Leia.

Jungle Boogie is back this year at the St. Louis Zoo. The concert is on Friday evenings from 5pm – 8pm in the Schnucks Family Plaza and of course the admission is free.

June 9
Butchwax and the Hollywoods

June 30
Ticket to the Beatles

Animal-related kids activities will focus on conservation of endangered species through the Zoo’s WildCare Institute.

Visit your local LEGO Store on the first Tuesday or Wednesday of each month  for the LEGO Store Monthly Mini Build.  Kids will Learn how to build a cool LEGO mini model and the best part,  when you are finished,  you can take it home for FREE!  A new model will be available each month and will be specially themed to that month.  Mini Model Build events are a blast and a wonderful FREEBIE for LEGO fans.

The upcoming Mini Model Build is a FREE LEGO Race Car. Event is scheduled for Tuesday, May 2 or Wednesday, May 3 and is open to children ages 6 to 14 only. Show up early as quantities are limited, approximately 250 per store.

Join Ballpark Village as they feature fun flicks like Moana, SING and more on the outdoor Busch II Infield, select Mondays through September. The fun starts at 6PM with movie related activities or photo op with movie starting promptly at 7PM. Prairie Farms Dugout will be open at this time for basic concessions and fill out a donate to a local charity onsite for a bag of popcorn! So grab a blanket, family and friends and pick a date below:

*No outside food or beverage is allowed. 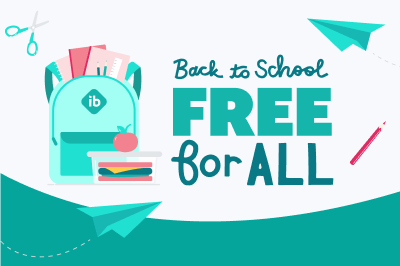